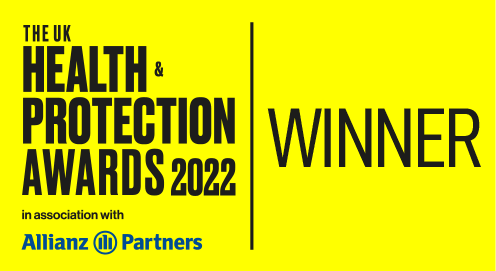 A Moneysworth client was one of the very first people in the UK to obtain a new type of Life Cover designed for people living with, or with a history of, mental illness.

Our client was looking for life insurance to cover the mortgage on their family’s home. Due to the client’s mental health history (which included a significant event within the last five years), they had been declined cover by two major insurance companies.

“When I first applied for life insurance, being told by my initial advisor [name supplied] that my condition and medical history which had been caused by a hardship in my life would make it both difficult for me to obtain life insurance, and could potentially mean I can’t obtain life insurance was a real scare for me, and made me feel guilty for going through what I had gone through and trying to seek help during a tough period in my life. A period where I should have been excited and overjoyed buying a house with my partner was overlooked by more anxiety and worry that I wouldn’t be able to obtain life insurance to make sure the mortgage for my partner was sorted if I were to pass (which frankly I find really unfair).”

The client approached Moneysworth for assistance. We spoke with the client about the details of their mental health history. Then we contacted underwriters at insurance companies across the market to ask how they might react if the client were to make an application to them. Some insurers stated that they would decline an application but others said they might consider offering the requested cover but at a cost of around 10 to 15 times greater than the normal standard premium rate (the monthly fee to be paid by the client for their insurance).

We explained to the client that the reason for the high premiums was due to the risk of suicide, based on their mental health history.

“After doing extensive research online, upon finding Moneysworth, they were one of the very last options for me, so after giving them a ring and discussing my situation, it was somewhat reassuring that I felt like I was not alone, and unlike my previous advisor they had my back. Had I of not found Moneysworth, I do not think I would have life insurance. I was told by someone on the phone from one insurance company [name supplied] to ‘not bother for around 5 years’.”

We mentioned to the client that the Moneysworth team has been very concerned about outcomes like this. We’re aware of many cases of people in similar situations, in which insurers have declined to offer any Life Cover, or have told clients to come back to them in several years if their mental health circumstances improve.

“The thought of having to pay 10-15 times the normal premium for life insurance as a first time buyer with all my other bills to worry about felt unfair, as I have mentioned above. I don’t drink (expect for very special occasions), I don’t smoke, I stay fit and physically healthy. It felt like insurance companies were manipulating a hardship in my life that really took its toll on me and that I did not want to be reminded of. I didn’t do what I did in the past for the sake of it, it was a genuine time in my life where I struggled, and I think that insurance companies are failing to recognise this.”

We also explained that, at the time, Moneysworth had recently begun a trial scheme with a mainstream insurance company Royal London, which aimed to give such clients the possibility of obtaining the Life insurance they were seeking with a premium which clients would deem to be significantly more affordable. This new Life Cover option achieves this by excluding self-inflicted death for the term of the policy. The client was willing to accept this exclusion, and decided they would like to apply.

Moneysworth is one of three specialist life cover adviser firms partnering with Royal London to offer this new type of cover to clients. Please note this cover is not available for people approaching Royal London directly and anyone interested in applying should contact Moneysworth or one of the other approved adviser firms.

We made the application to Royal London with the client. The insurer contacted the client’s GP for a medical report.  They then made the decision to offer life insurance.

The client obtained nearly £170,000 of life cover for a term of 30 years for a guaranteed premium for the whole term of just under £9 per month. The policy covers them for death from all causes, with the exception of suicide.

We asked the client what they would have done if this new alternative type of cover had not been available. Would they have wanted to apply for life insurance that cost an estimated 10 to 15 times more than someone with a clean bill of mental and physical health? The client told us that because they had death in service benefit from their employer, they wouldn’t have applied.

We then asked the client would they have applied if they did not have any death in service cover from their employer (the majority of people in the UK do not have death in service benefit from their employer). The client replied that, reluctantly, they would have felt that they had no other choice but to pay the very high premiums that some other insurers had indicated.

“Getting life insurance was so important to me, as I want my partner to be financially stable if I were to pass, even though I have a death in service benefit at work, the mortgage would take a large chunk of money from this, and there are other things that the money would need to go towards upon my death, and as such, a specific life insurance for my mortgage was really important. When Moneysworth told me I could get normal terms with the exclusion placed in, I was delighted, I know now how to deal with any struggles I have, and have been provided with the tools to combat my down moments by therapists. Ultimately it gave me the peace of mind I was searching for, and I’m not sure why this arrangement has not been adopted by insurance companies sooner, knowing how I felt and the situation I was in, I hate to think how they have made others with struggles feel, especially those who have been in a worse situation than me.”

How can you increase your chances of finding Life Insurance if you have a severe mental health condition?

If you have had a significant mental health event within the past five years, your search for Life Cover is most likely going to be harder.

This is why asking an expert to shop around for you is a good idea. Moneysworth have over fifteen years of success in finding cover for people with mental and physical health conditions.

We don’t charge clients any fees to search the insurance market, so it won’t cost you a penny to ask us to fully explore your Life Insurance options.