I came across some interesting statistics about the percentage of families in the UK who have Life Assurance. 6/10 families in the UK do not have a life assurance policy, with 1/5 of these families not having a policy as they think they will not be able to afford it…
Working for a company that provides clients with life assurance, I was quite shocked at the statistics that stared up at me. The research was carried out by Aviva and included: 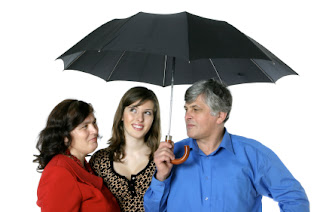 These statistics show that millions of people are putting the financial future of their families at risk, should they lose their job, fall ill or pass away.
Not even bad experiences can reverse the underprotection trend with 4/10 families admitting to being seriously affected by illness in the past, but still not having any policies in place.
Finally, 5% of people believe policies never pays out and therefore isn’t worth buying, when in fact data shows that 99% of life insurance claims are paid out, with an average sum of £51,000 paid off.
I was keen to see other peoples reactions to these statistics, so I asked a large range of people via social media. There was a wide array of reactions, from “Really suprising!” to “I don’t know, but I suspect that this is a result of the collapse of the endowment policy.”
Its not the case that families don’t have protection because they have been declined, more that they think they can’t afford it, without even finding out what the premiums may be! This is an interesting look at how society views protection policies…
In my view life assurance can provide families with financial peace of mind in the unfortunate event of a sudden loss of income and can provide a lump sum cash payment should the insured suffer serious illness or disease. If people are pre-judging what they think it will cost them, they are seriously loosing out on financial peace of mind.
By making sure they have financial protection in place, families can have invaluable peace of mind for a more financially secure future…
I’d like to hear your reaction to the above statistics, are you surprised or already aware of the scope of Life Insurance in the UK? All views are welcomed…

The European Court Of Justice will deliver next week its final written judgement in a case which may see the end of gender pricing differentials for life insurance premiums. But we’re not singing  with joy.

The intial adjudication back in September 2010 confirmed that differential pricing contravenes the fundamental principle of equal treatment on the basis of gender. This shouldn’t come as a surprise, for the ongoing  fight against discrimination has been one of the key political and social markers of recent years. But do we really care as much as we say we do?

At Moneysworth we are committed to helping people with health issues find life cover. The life cover isnt for them personally, it never is, it’s to protect their families and their children. Many of the people who come to us looking for our help have been previously turned away and rejected. Furthermore, given that most will have to pay higher premiums (discrimination) due to their health, we strive to look for the best available terms, so that they pay the least extra amount possible.

Thank goodness, using our specialist knowledge of the insurance market, we are able to obtain cover for the majority of clients who come to us. Indeed it is pretty much the case that if we are unable to find cover, customers are unlikely to find it elsewhere. As our blog develops we hope to provide an insight into our work and some of the many cases that we work on.

But today, I would like to pause and spend a brief moment to think about the people that are unable to obtain cover.

Insurance companies set premium levels in line with the amount of risk that they perceive to be present. But if the risk is too great they can choose not to offer cover.

What then for the families who happen to have a father or a mother with a health condition considered so  serious that no insurance company will touch them? Not only do they face the chance of losing a parent at an early age, but also of being left with little or no financial support.

Its not that next weeks ruling isn’t important, its not even that its not fair. Its that a much greater unfairness will remain after next week.

As its National Heart Month, I have been researching and sharing top tips for looking after your heart. My top tip today was to give up smoking.
Smoking is one of the major causes of cardiovascular disease, and smokers are almost twice as likely to have a heart attack as people who have never smoked!* 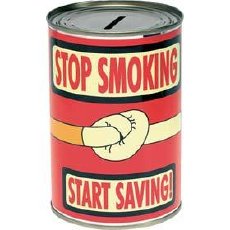 The primary reason of giving up smoking is obvious; it will reduce your risk of a heart attack. This applies especially if you have suffered from a heart attack previously – It reduces the risk of a re-occurance by 25%! Other obvious reasons include to prevent other health conditions occurring and to save money from not buying cigarettes. There is a major saving you could be making that may not have crossed your mind though…
Life Assurance; Smokers pay almost double for life assurance! Many ex-smokers are still paying the higher rates as they have neglected to tell their life assurance provider! Infact, it has been found to reduce your premiums by around 46% if you give up smoking!
If you have given up smoking over 12 months ago, you may now qualify as a non-smoker!
Visit www.bhf.org.uk/heart-health/prevention/smoking for more information on tips to help you give up smoking!
*British Heart Foundation

With Valentines Day on Monday i’m sure most of you out there will be planning romantic gestures to your loved ones… But have you thought about your own heart? 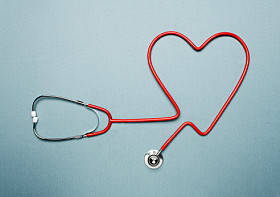 Heart Disease is the UK’s biggest killer, with over 6 million people living with the condition! Causes can include other health conditions such as high blood pressure, diabetes, high cholesterol levels and family history. Many other factors come into play such as smoking, excess body weight, age, gender and stress…

There are so many ways to reduce your risk of heart disease, so why not treat your heart to some TLC this Valentines…

It’s not just our romantic fortunes that need looking after, we need to look after our physical hearts too…There are many ways to look after your heart and your loved ones… This Valentines give yourself the gift of a healthy heart <3

After reading today that a new study by the World Health Organization (WHO), Harvard and Imperial College London has estimated that half a billion people in the world are classed as obese, having a BMI of 30 or over, it made me think that its really time I started to focus on getting my health in tip-top condition! 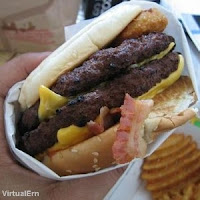 The rise in obesity over the past 30 years has more than doubled, with the UK having the sixth highest rate in Europe! Is it any wonder, with a large proportion of children are eating fast-food on a regular basis and growing up in the front room on games consoles?
This is bad news for the globe as the raise in obesity goes hand-in-hand with the number of cases of diabetes…
Large measures are required to prevent the next generation suffering from health problems connected to obesity including diabetes, raised cholesterol and high blood pressure. I know Jamie Oliver went on his ‘healthy school dinners’ crusade last year, but has it made much of an impact yet (if any)?  Last year my brothers school changed the sweet machine contents to healthy snacks such as nuts and fruit, but quickly changed it back when there was a declined in the amount on 50p’s entering the machine. Maybe we should follow the French’s example, with their average BMI been 25 (healthy)…
An interesting and worrying statistic, and it makes me wonder, what will happen if in another 30 years the rise in obesity has doubled again?
Just some food for thought, but I know certainly not be feeding my children Turkey Twizzlers…